Ready To Grow Your Church?

Prayer for church growth may not have been the exact words used when the disciples gathered in Acts 1 but after their prayer meeting, the church grew rapidly. The church of Jerusalem was birthed out of a prayer gathering after the disciples “devoted themselves to prayer.”

The Acts model prayer for church growth was simple and concise- devotion in prayer. “All these with one accord were devoting themselves to prayer, together with the women and Mary the mother of Jesus, and his brothers.” (Acts 1:14). After these prayer meetings, a multiplying discipleship movement began then is still unfolding worldwide today.

The actual prayers that the disciples prayed are not recorded but as a result of their prayers, sharing of the gospel and the work of the Holy Spirit MANY were saved. Their prayer for church growth was answered with unbelievable results.

The disciples didn’t simply say a prayer for church growth and sit back and do nothing. The disciples sowed gospel seeds everywhere they went to everyone they met. Everywhere the disciples went they prayed, they shared the gospel, they made disciples and the planted churches. Even Saul of Tarsus the feared persecutor of the church repented and believed the gospel. People from every segment of society and nation became disciples.

What must be noted is that this was a movement of new believers immediately joining the mission of Jesus. Except for the disciples and a handful of other believers, there weren’t any existing “older believers.” These new believers were trained to share Jesus quickly and to train and disciple those they won to Christ.

Believers in the New Testament were gathered in sanctioned off corners going deeper into biblical understanding. Their faith was shaped by the apostles teaching to go make disciples. The idea of being a believer in Christ that didn’t share the gospel and make disciples would have been a foreign concept.

Jesus cast vision in Matt and in Acts for his disciples to go make disciples of all nations. In Matt 9 Jesus taught his disciples to pray that the Lord of the harvest would send laborers into the harvest fields. Was this specifically and plead or prayer for church growth? No, it wasn’t a specific prayer but the implications are growth for the church as new believers are added to the church.

There is great emphasis today on scriptural knowledge and rightly so. Believers should know the Bible but in the great commission, Jesus’ clear instruction is to “obey” the command and actually go and make disciples. Having the verse memorized for a potluck Christian version of Jeopardy or Bible Trivia was never the intent.

After Paul became a believer he joined Jesus’ mission of making disciples. Paul wrote thirteen books of our New Testament so he certainly got Biblical theology. Paul didn’t sit around and hope that people might cross his path. I believe Paul had his own version of a prayer for church growth. A prayer that the bride of Christ actually would travel to every nation AND that he was part of God’s plan to take the gospel to those that had not heard it. 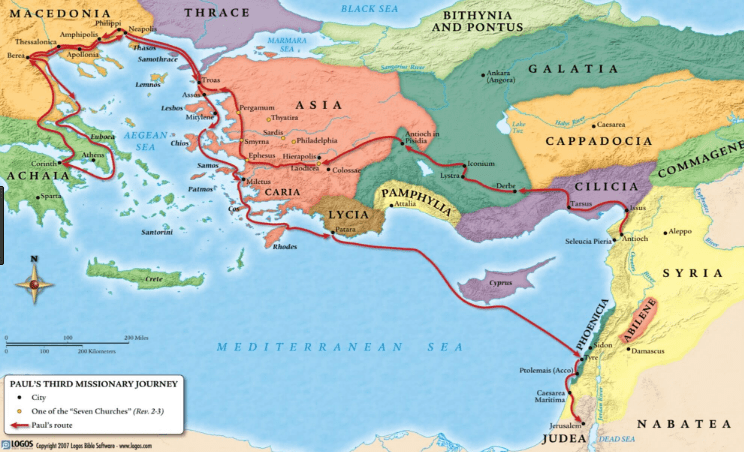 In Acts 19:8-10 we read, “And he entered the synagogue and for three months spoke boldly, reasoning and persuading them about the kingdom of God. 9 But when some became stubborn and continued in unbelief, speaking evil of the Way before the congregation, he withdrew from them and took the disciples with him, reasoning daily in the hall of Tyrannus.[c] 10 This continued for two years so that all the residents of Asia heard the word of the Lord, both Jews and Greeks.”

Here is a great example of what a prayer for church growth might look like for you and me today.

35 And Jesus went throughout all the cities and villages, teaching in their synagogues and proclaiming the gospel of the kingdom and healing every disease and every affliction. 36 When he saw the crowds, he had compassion for them, because they were harassed and helpless, like sheep without a shepherd. 37 Then he said to his disciples, “The harvest is plentiful, but the laborers are few;38, therefore, pray earnestly to the Lord of the harvest to send out laborers into his harvest.”

The fastest growing churches in the US have built a strong foundation of prayer and their growth is commendable.

I do not speak Greek or Hebrew but I do speak..SEO.. I started DR in my parents garage. You want to grow your church but most people moving to your community can’t find you. I have a very specific set of skills to help you get found and expand your reach!
I’m married to the love of my life Rebecca. I coauthored Millenials & Money with my brother Tyler. I look forward to meeting you and serving your church.

Read This First... Before you read this article let me emphasize the main point. Church…

Great church websites have two things in common. They look great and they are easily…

Need a Website?
Ready for a free digital marketing audit for your Church?

For All Things Church SEO